I flew yesterday. No, Thursday. Somehow I have lost a day to crossed time zones.

I flew the other day on my first big solo mission. 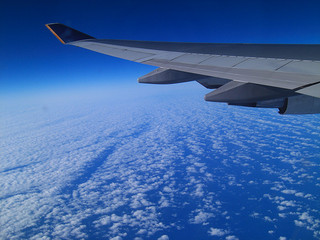 On the 5 November I woke up at 0530am and could not breathe.

The day consisted of panic, packing and a hangover that I did not deserve from the two pints I had consumed the night before. I was leaving today and I could not be less ready. My stress bucket has been overflowing for the past month and today was the reason.

My first flight was from Heathrow to Guangzhou and was 11 hours long. When I boarded the flight I was a nervous wreck. Luckily I was sat next to a lovely Australian couple (shout out to Carol and Dave!) Who took me under their wing and gave me loads of tips for when I eventually get to Oz.

The plane also had all four Jurassic Park films available so you can guess how this dinosaur fan passed the time.

My beautiful friend, Freya, had given me a present and asked me not to open it until I was on the plane. 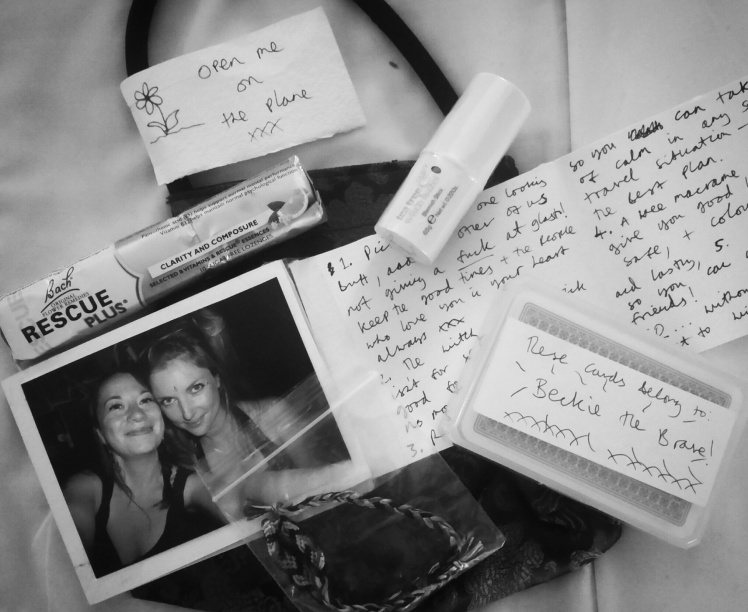 It was this inspiring letter with a photo of us to carry with me wherever I go, witch hazel for the itchy bites, rescue remedy to calm my anxious mind, playing cards for “Beckie the Brave” and a macramé bracelet.

I left the plane and arrived in Guangzhou feeling much more confident.

Guangzhou is a horrible airport. It’s clinical and overcrowded. There aren’t enough toilets, the wifi doesn’t work and it’s overpriced. The staff were rude and it was hot as hell. Just my luck, my flight was delayed by four hours. I was stuck here.

The onward flight was fine. It was only three hours long so passed quickly but I was starting to worry again.

Over thinking, over analysing and making up problems that don’t exist. My least favourite thing about my mind is that it loves to worry. I am in constant battle with myself looking for something to ruminate over. If there isn’t anything, that feeling is almost worse.

I walked through customs with no problem, my baggage arrived quickly and my airport transfer was waiting for me still. Driving back to the airport felt so nostalgic, like I’d never been away and.that nearly a decade hadn’t passed since.  I got to the hotel at about 1am local time and checked in fine.

The room is amazing, walk in shower, balcony overlooking the city and the bed is the size of two king size pushed together! After letting everyone back home know I had safely arrived, I battled with the fact it was 3am and my body felt like it was 4pm and then eventually drifted off to sleep excited with what the next day would bring. 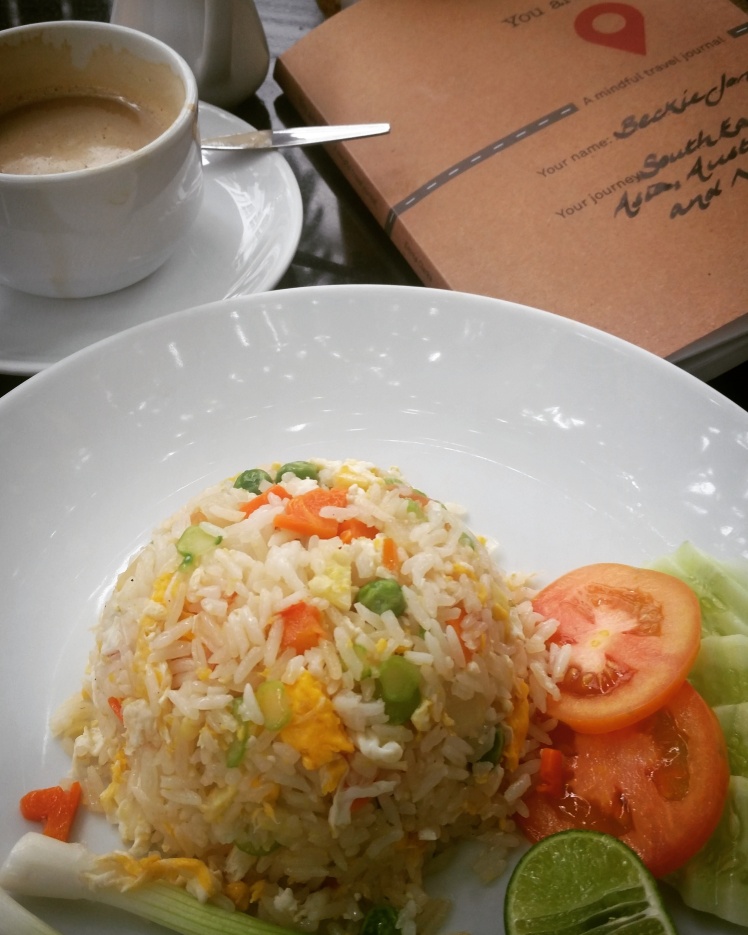 I woke up late due to jet lag and had missed the breakfast menu. I raced down to the hotel restaurant to find the only vegetarian item on the menu was this vegetables fried rice. Delicious but not really breakfast! I did, however, order a coffee (my biggest vice) and sat in the haze of the Bangkok smog by a fountain filled with coy carp the size of my arm, enjoying my first morning in Thailand and filling my mindful travel journal as an attempt to still my racing mind.

As yet, I’ve not made it out of my hotel. But, I’m not beating myself up about it yet. It’s only day one. I need to take things slow and when this is in your hotel: 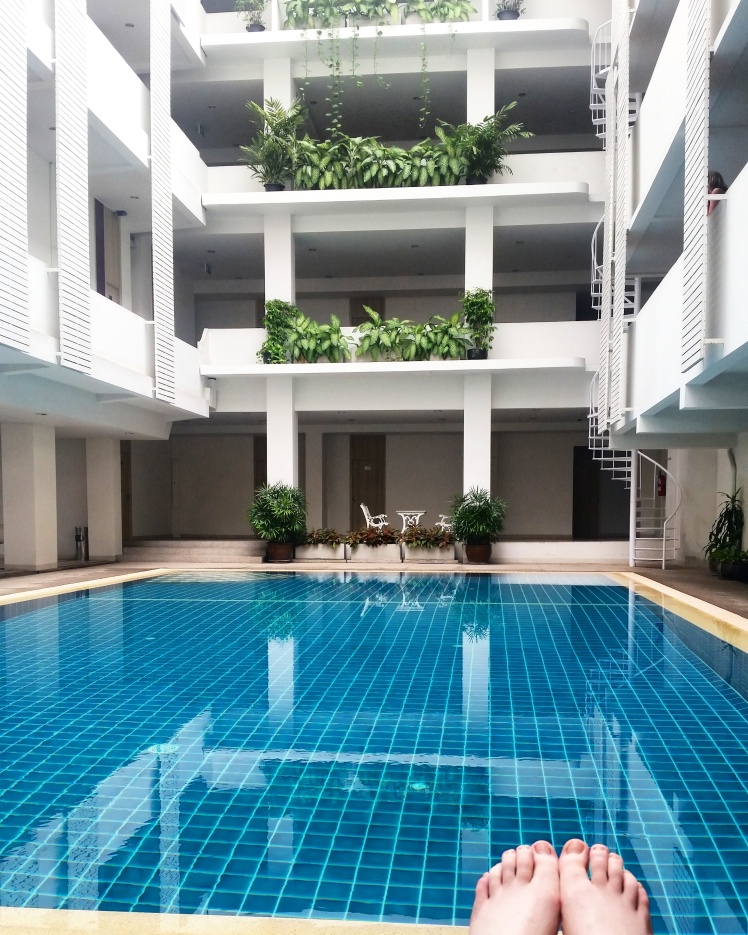 Who needs to go anywhere fast?

2 thoughts on “New Chapters Start Here. Journey One: Outbound. From LHR to BKK”