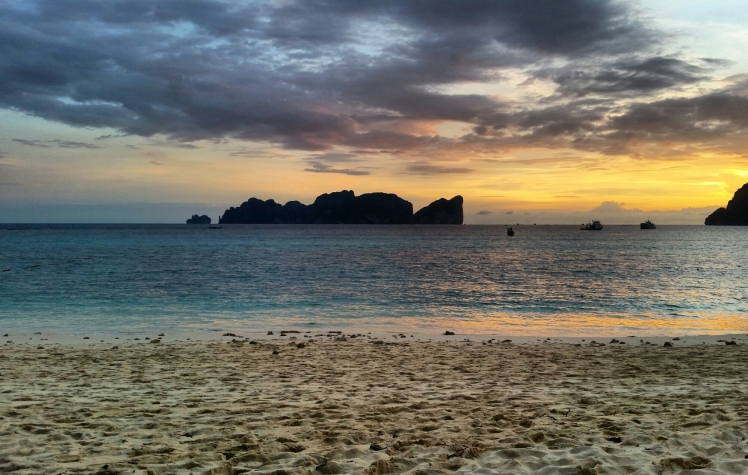 Last week I had three very eventful days in Phi Phi, culminating in a broken toe and a hungover boat journey to Phuket.

Day one saw a stay in the worst hostel I’ve come across yet. 800 baht for a twin fan room with bars on the Windows, a stench of damp and spiders on the walls. And that was just the bedroom. The bathroom had holes in the ceiling, the toilet didn’t flush, the shower stank of sewerage when you turned it on and there was a parasitic worm on the floor when we arrived.

That night we decided that, in true Phi Phi style, we would get smashed. We took to the town and grabbed ourselves the traditional buckets. Now, this place is about as clear as the crystal maze to navigate around so combined with my terrible sense of direction and three buckets of Sangsom, you have a recipe for disaster.

By 1am we had all gone our separate ways, most of the boys choosing a bar on the beach playing deep house. I couldn’t stomach this for long so I hunted out a rock bar. By the time I crawled in at 7am, I had explored a beautiful park by moonlight, nearly fallen down a manhole (I swear, walked on it, the whole thing shifted!), chilled out in a beer pong bar that had kicked out but for some reason was left open to the elements despite it being about 5am, and made new friends. I was just minding my own business, getting ready for bed when I accidentally booted the unnecessary bedpost in the centre of my bed winding up with a broken toe… again. 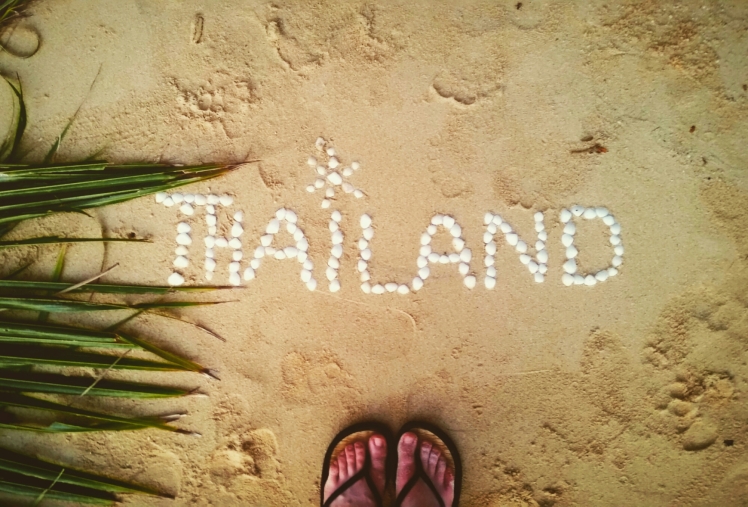 I awoke the next day with a savage hangover and the need to escape from my horrendous surroundings. Check out was early so, on two hours sleep, I practically crawled down the road to a 200baht a night dorm and attempted to sleep longer. Too tired and hungover (and possibly still drunk) to have checked out the room before I paid, I woke to discover I was in a grimy 16 bed dorm with not enough fans and no duvets, the people I was bunked with constantly leaving the door open and roosters to rival Pai.

When I received a message from my new friends I had met the night before, asking me if I wanted to join them on Long Beach, I jumped at the chance.

I hobbled down to the pier, hopped on a long tail boat for 100baht and jumped out on a pristine white beach with hardly any people and beautiful turquoise seas. A far cry from the main beach on Phi Phi which is dirty and littered with drunken louts (of which I was one the night before, yes).

Leaving the madness of PhiPhi behind for the tranquil peace and respite of Long Beach was just what I needed. We spent the night listening to music under a lightning filled sky on a near empty beach and recovering from the mayhem of the night before. It was one of my favourite nights so far. Don’t make the mistake of falling asleep at dusk on the beach though. I am still suffering from the mosquito bites now!

The next day was great, seeing as I had no hangover! I hopped back to PhiPhi pier, had breakfast with my friends I had been travelling with since Krabi and then walked back to Long Beach. The walk was great! It took about 30 minutes passing over beaches and through jungle, pathways made from knotted tree roots (love a good tree) and down winding little dirt tracks where we even saw a peacock. 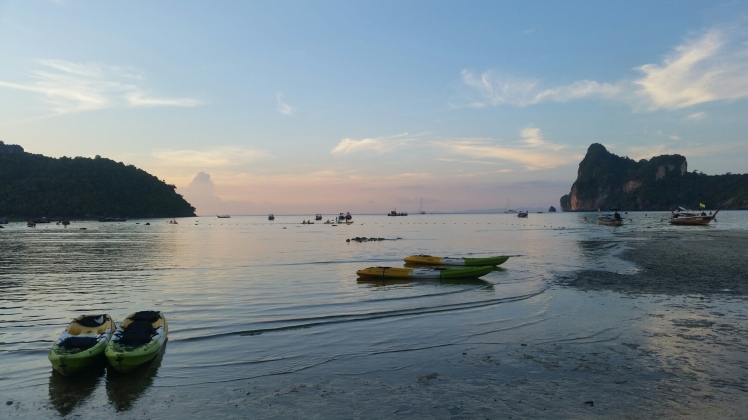 Once back on Long Beach, we hired kayaks and snorkel masks and rowed out to a good snorkeling spot just offshore. Seeing as I’ve suddenly become so accident prone, it was only fitting that we swam to an area a little too shallow where there was a strong current and I got dragged across the coral for a while scratching myself up!

That night, back on Phi Phi, we went for our goodbye meal. It was time to say goodbye to my crew since Krabi and onto the next adventure. We went for burritos in Banana Bar and I think you should too. Although, in true poor luck Phi Phi style that I seemed to have, I choked on a chilli!

As it was our last night together, the boys decided they were out for a large one. Two towers of beer in and they wanted to go and listen to more house. I couldnt think of anything I wanted to do less so I made my way to the travel agency and deliberated over where to go next; The Similan Islands or Khao Sok National Park (I picked Similan. I shouldn’t have. More on that later). 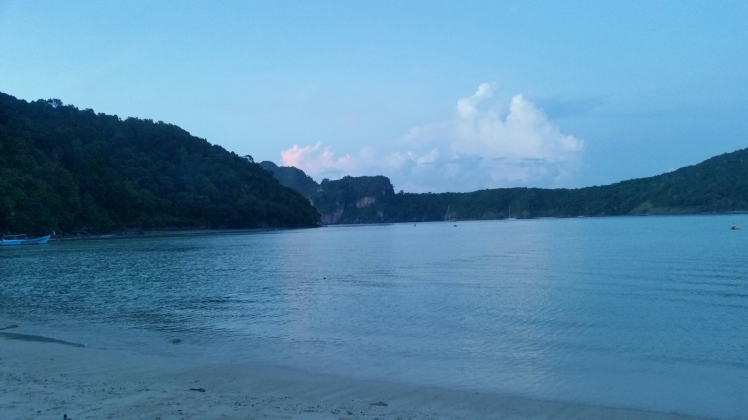 As I wasn’t planning on drinking that night, I decided I would get up early, go to the viewpoint that I still hadn’t visited and then get my boat to Phuket at 11am. Perfect.

By the time I got back to the boys, drinks were flowing. I needed one if I was going to stay in this music much longer. The club promotion was buy a drink, get a free shot and then my friend also gave me his whisky as he doesn’t like it. So, three drinks in and guess who wants a bucket.

2am sees me wildly dancing to music I normally hate and my friend informing me that I wouldn’t be seeing the viewpoint in the morning. “You’re wrong”, I scoffed. He was right. Most definitely, 100% right.

I rocked back to my dorm at 3am to discover that it is actually where the party goes when the clubs shut down. There were about 24 people in my 16 bed dorm, one of which was a random local who had crawled in from somewhere. As no one ever shut the bloody door, the place was alive with mosquitoes which added to my bites from the night before with itchy fury. I finally drifted off at maybe 4 am and when my 7am alarm went off it took me half a second to make the decision that the viewpoint was not worth the trip. I slept for another two hours then hobbled down to the pier to get my boat to Phuket. Thank god for air conditioning.

Koh Phi Phi Don, I did you wrong. I wrongly assumed you would be a hell hole I couldn’t wait to escape from. I also wrongly assumed that I would spend my days soaking up the beauty of travelling through the limestone cliffs from kayaks and snorkel trips, swimming in the phosphorescent plankton off the shore of Maya Bay and maybe learning to scuba dive with whale sharks and clown fish.

Instead, Phi Phi was for me, what it is renowned to be. A bucket fuelled party land with memories I’ll never forget and a whole lot more I’ve definitely already forgotten. I imagined that I had had enough of partying and wanted to soak of the beauty of the island and the adventure of the day trips. Apparently, I was wrong.

Koh Phi Phi Don, I did you wrong. I shouldn’t have broken my toe and left myself unable to explore properly. I shouldn’t have spent so much money on buckets and lost the ability to rise in the morning and witness a sunrise from a beautiful viewpoint over a picturesque island.

Or maybe, I did you right. Maybe you should always leave a party battered, injured and still laughing at the memories. I’ve really satiated my need for the party this time and I’m ready for adventure again. 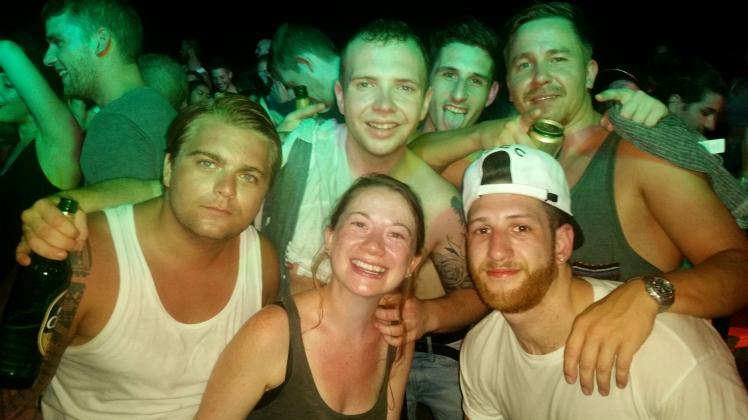 No regrets, I had a blast.

One thought on “Koh Phi Phi Don, I Did You Wrong”