I’ve been so careful whilst in South East Asia to be aware of animal rights; not to give money to a cause I disagree with, to spread the word about the mistreatment of elephants, monkeys, snakes*, tigers**. Animals caught from the wild and kept in captivity for humans amusement and gain. “Don’t ride on elephants. Do your research about a company before you book. Spread the word about the mistreatment of animals as education is the only way we can make a change”. This week I am ashamed to say I did not do my research properly.

When I arrived in Sen Monorom, Mondulkiri, I was dying to do some trekking. Combining the Thai islands and then my Cambodian Christmas, I had been on beaches for nearly an entire month. And I am not a beachy person. Sure, give me a book and some rum and I can do a beach for three or even four days but then, I start to go stir crazy. Sitting on my ass doing nothing but that has given me wobbly bits. I needed to be active and I needed to explore. 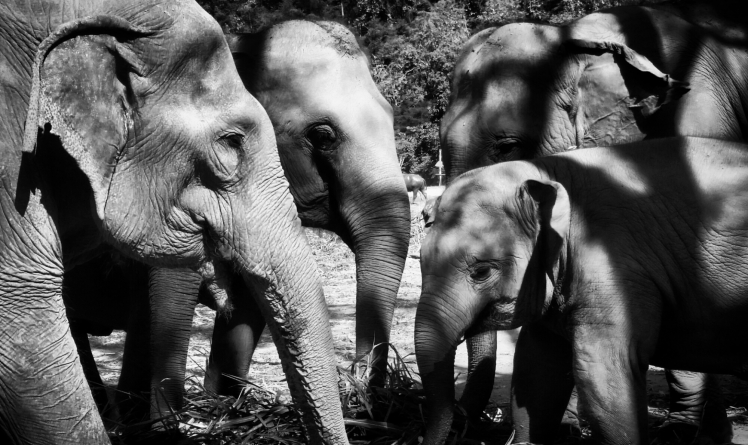 On arrival I was approached by a tour guide telling me about a jungle trek he was running. It was quite an extensive trek, 2k into the jungle, a stop to feed some elephants, trek with the elephants a further 5k to a waterfall and then 10k back a different way. I was looking for a long hike like this but I was hesitant to book one with elephants. I told him I’d think about it and get back to him.

After arriving at my lodge and enquiring about treks, it seemed all of them in Mondulkiri were with elephants and it wasn’t possible just to do a trek here. I called the guy back for more information and pressed him about the treatment of the elephants; “are they free? How are they treated? They aren’t ridden are they?” It was made out to me that these elephants were in fact wild and we may or may not happen upon them along the way, they are treated well and riding is, of course, forbidden. 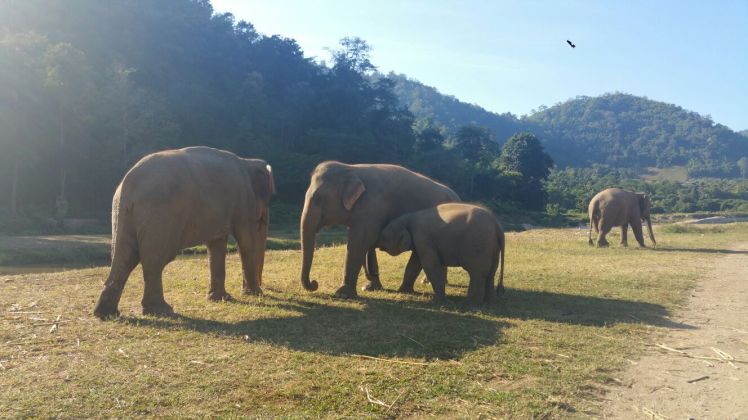 About 1k into the jungle, we came across another tour with two elephants, both of which had people riding on them. Another girl in my group asked our guide why they were riding them and he replied that we could in fact too, ride the elephants. When we expressed that we has explicitly stated that we did not want to go on a tour like this, he curtly replied that it “depends on the guide”.

When we saw “our elephant” (being ridden over by his mahout), my heart sank. There was plastic roping around her neck and she was rocking her leg back and forth, a sign of stress according to Elephant Nature Park*** (an all goodness, elephant rehabilitation sanctuary). She also had a hole in her ear and when we asked what happened our guide said “when we caught her from the wild, we had to teach her how to live with people”. He also told us (after being pressed by myself and two other girls in the group) that the elephants were only there for tourism and when not doing day tours they are logging or pulling rice for the Bunong Community****.

This was enough for me and myself and two other girls decided to leave. We were left to walk the 2k back through the jungle by ourselves and whilst accidentally detouring off of the correct route, we happened upon great lengths of chain. 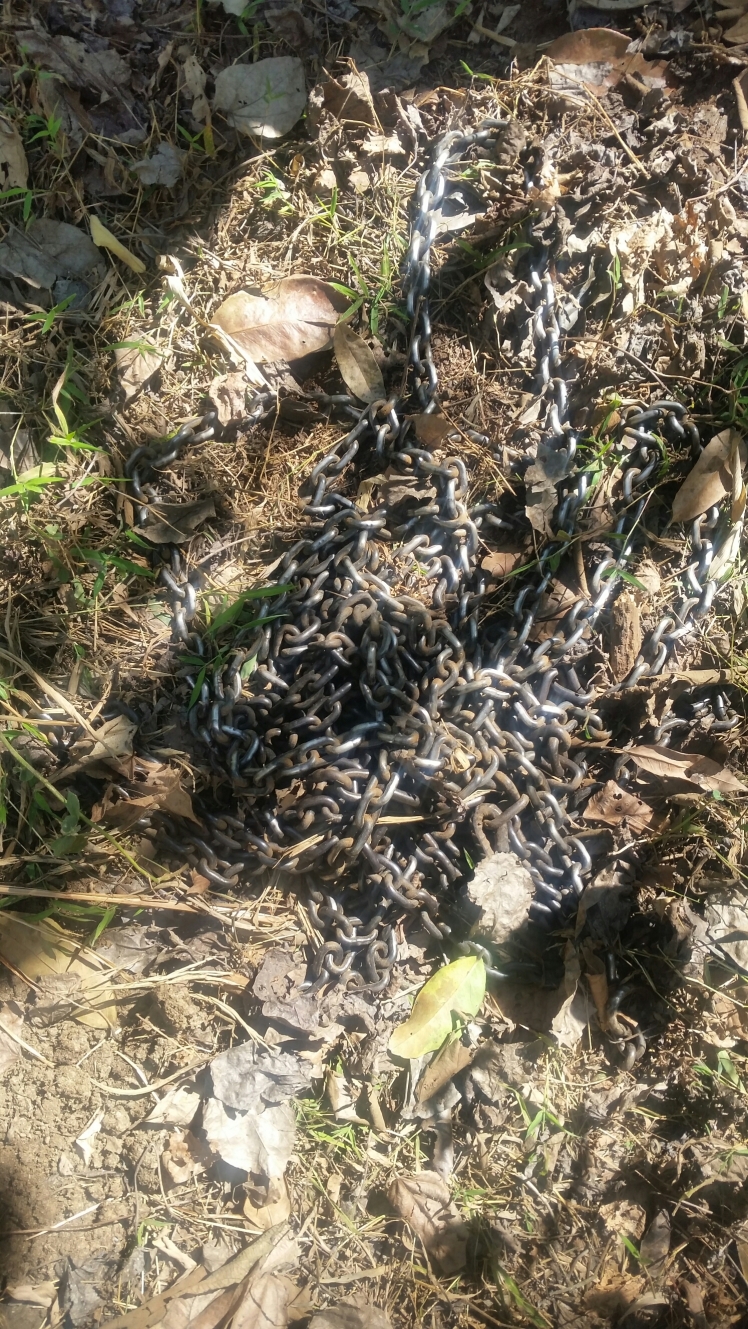 We met with the tour company owner when we arrived back in the town and requested our money back as we had been misinformed about what we were to expect on the tour. Most importantly, I did not want my money to go towards funding this venture. We had a dramatic afternoon and evening involving being told that we would get our money back, waiting for two and a half hours for our guide to turn up with the money and then when he finally arrived he was drunk and incredibly rude, swearing at my friend and refusing to speak to us. Instead, sitting at a table with his friends.

Then, when we arrived back at our lodge it seemed we were the talk of the town. Our tour group had joined with another at the river later on and word had spread about our mass exodus. No one seemed to understand why we had made the decision to opt out. I heard mutters that the elephants seemed perfectly happy and that this is the culture of the Bunong Community.

This is the first time that I have felt that I am caught in a culture clash. This is the way of the Bunong people. I travel in order to learn about other cultures, meet the local people and share in life experience with them whilst enriching mine at the same time. But, now I am stuck in a moral dilemma, somewhere between offending people, their culture and way of life and wanting desperately not to contribute in any way to something that I believe to be fundamentally wrong. Animal rights is extremely important to me and seeing that elephant was incredibly distressing.

I also decided to drop my protests for my money as this multi-layered moral issue seemed wrong on that front too. Okay so I didn’t want to contribute to the cause but taking back my money would also be taking it back from the tour guides, the company and the Bunong Community; people who have a lot less money than me. I can afford to lose $30, much as I’d prefer not to. They, probably, cannot.

I suppose it is about education. It is about teaching people that these majestic creatures are not there purely for our amusement or gain and that they should not be abused and kept in captivity just to serve a purpose for us.

Please do your research (better than I did for that matter) before booking a tour. Don’t take a tour guides word for the treatment of animals. Look for the words “sanctuary” and “rehabilitation” in the description and then double check reviews online. Of course, reviews are not infallible. The Bunong Ways, who I booked with, had 5 stars on TripAdvisor. It is about educating tourists as well. Remember, none of the people that stayed on the tour had a problem with the way the elephants were treated either.

We need to change the attitudes towards animal welfare. Please, help me spread the word and look for a humane way to enjoy these experiences without detriment to the animals themselves and if there isn’t one, leave them as they should be; wild.

*snake shows in Asia are a great tourist attraction but the snakes teeth are removed in order to prevent harm to the snake charmer and obviously, the animals are kept in captivity.

**The tiger temples of Thailand are very famous and when word started to spread a few years ago about the fact that the tigers are drugged they started to lose favour but still, too many people visit here every day. The staff have started telling people that they are not drugged any more but don’t believe it. They are drugged and they are caged.

***Elephant Nature Park have a Base in Chiang Mai and Kanchanaburi, Thailand, and Siem Reap, Cambodia if you want to engage with elephants in completely conservation minded manner :):):).

****The Bunong are indigenous people living in the hills of Mondulkiri.