After a full month in Australia, I am still suffering with my Asia hangover. I miss it.

At first, I loved Asia…… fastforward a few months and I grew ready to leave; the lack of sanitation, the language barrier, constantly getting ripped off, constantly having the same boring travel talk…  I was homesick for my friends; festivals, weddings and new babies.

Then, I revisited Koh Rong Samloem. M’Pai Bay to be precise. My best friend and I became even closer, which I didn’t think possible. I was there with him when my Grandfather passed in late August and he supported me. He looked after me through anxiety attacks and negative self deprecating thoughts, gave me more confidence in my artwork than anyone else has, as well as partying with me, laughing harder at each others jokes than anyone else does and not to mention providing me with food and shelter for three whole months out of my time travelling. Neil Alway, you are the closest thing I have to a brother and I love you mate. Besides that, I found my happy place there. I won’t bore you with it again because its been said but this place is my second home. More so than Siem Reap and that surprised even me.*

I left there, once again for the unknown. Landing in an expensive, Western country where everything was new. This time I was culture shocked because it was too familiar. I had grown used to being fronted with a new language I couldn’t understand every few weeks, mayhem on the roads and unbearable heat that now I can bear. Melbourne was big and unfriendly and FREEZING. I felt like I had gone home but with none of the perks of home. Like I had landed in Bristol to find all friends and family had moved on and I was alone. I was lost.

The first few days were great as I was picked up from the airport by Liz and Kevin; distant relatives (Grandad’s sisters daughter and husband!) and getting to know family has been so nice. Also something I think I would have been too nervous to do if I had done Australia first as I am far more comfortable meeting new people now. Many thanks to you both for your unwavering support and hospitality.

But then real life kicked in. I had what I like to refer to as a Lemony Snicket. In other words, a series of unfortunate events starting with an unfortunate decision in male couch surfing hosts and culminating in an Airbnb being double booked. Over the course of three weeks I have batted my self and my belongings around the city more than a ping pong ball is batted in a game of ping pong. I was in a house for two weeks that was two hours away – an early morning commute was truly horrendous. I was also bedding down on the kitchen floor of a friend of a friend. That place was great; Mario Kart, Louis Theroux and lots of laughs. But I needed to find a steady home. Especially since I found a new job.

The job hunt was real, as was my rude awakening back into society, capitalism and the overall day to day struggle that is life. I have been more stressed and anxious this past month than the entire time that I have been away from home. Old habits are returning. My hands are picked to shreds, I am up late not sleeping and I can’t get up in the morning. My eczema has erupted in places I’ve not suffered with it in years and in other places tha I’ve never suffered with it before.

In panic mode, decision making is not a thing that I can do and therefore 1 of 2 things normally happens:

This led to the house-related lemony snickets.

Now, I have a new job I started on Monday. A new house I move into on th 19 November and life is feeling calmer again. Once I am all moved in and settled I hope that I can start to be a normal human again and enjoy my new life in my new city in my new country as it unfolds before me. I’ve heard Melbourne is the t*ts – watch this space! 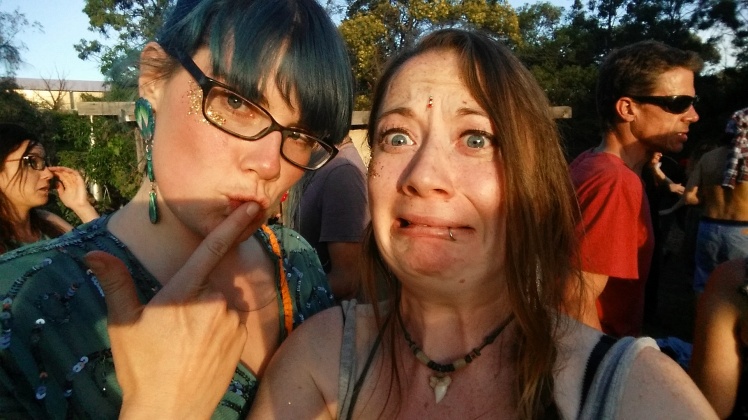 P.S. I’ve not had a regular source of WIFI since July. If you need me, I’ll be in my room (ohmygodIhavemyownroom) watching every episode of anything good released in the past year back to back. NO SPOILERS PLEASE PEOPLE, Netflix will fill me in in due time.